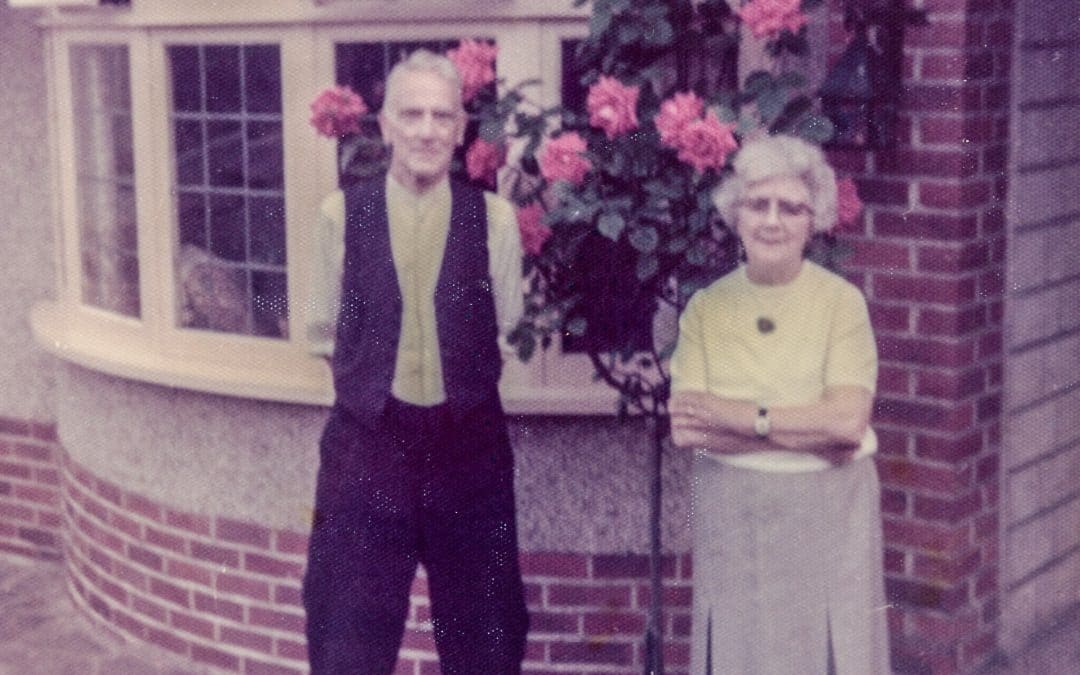 Paula has spent many happy and frustrating hours researching and documenting our family tree this past year. I’ve looked over her shoulder at times and thought that whilst one learns the names of past family members, the dates they were born, married and died, sometimes their jobs or professions, occasionally their regiment, and the addresses they lived at we learn very little about the people themselves. Nothing about their lives, their work, their struggles and triumphs, how they lived, their funny stories, memories, their family anecdotes, their loves, hobbies, travels, disasters, any holidays, the food they ate, their social lives, friends, medical issues, their outlook, hopes, dreams, politics, in fact, very little at all beyond the very basic names and dates one normally finds on a family tree. And why would we? Few kept diaries and even if they did they’d be long destroyed. The family tree work is a fertile area for a later blog post or two but not this one. Paula suggested I write a post or two of some of my early endearing memories and see what reaction it gets. She further suggested Grandpa’s custard story so here goes….

When we were very young Dad’s only day off was Sunday. Many, even most, Sundays I remember we would make the seemingly very long 17 mile journey from Ammanford to Swansea in Dad’s small red Commer van to visit one set of grandparents or the other. This story is about our Ferris grandparents who we called ‘Nana’ and ‘Grandpa’. Grandpa was a tall, wiry, wrinkle-faced, friendly man who always wore a waistcoat in which he kept his pocket watch, collarless white shirts and baggy navy work trousers. He was a passionate gardener cum nurseryman, primarily begonias and roses, and he loved to play classical music very loud on his radiogram in the ‘front room’ of their thankfully detached bungalow. His most important claim to fame for us boys, though, was that he had been a steam engine driver on the Great Western Railway, which made him a pretty awesome grandpa to us small boys (even though the ‘awesome’ descriptor hadn’t been invented yet). We loved hearing his railway and steam engine adventure stories and we would implore him to retell us them again and again when we visited, adding to our own Dad’s railway stories because he had also worked for GWR as a steam engine fireman. Mum tells me they were unfortunately never rostered together on the same footplate on the Swansea to Paddington route Grandpa normally drove, which is rather a romantic shame but one or two of the railway stories they retold us over and over again would also make a fun future post.

But this post is about Grandpa’s custard. I remember we’d visit them in the afternoon on Sunday, after lunch. I don’t know why we never went for lunch (or ‘dinner’ as it was then called) like we did when we visited our other (Thomas) grandparents (probably Nana didn’t like cooking) and sometimes our cousins would be there too which was fun. We would all be given ‘tea’ during our short stays (that is the kids afternoon/teatime meal, not the drink). I vaguely remember Nana might serve toast and jam, or Spam luncheon meat and salad (such as it was from Grandpa’s garden), or white bread sandwiches with Shiphams fish paste, then tinned Del Monte sliced peaches in syrup for ‘sweet’ and if we were very lucky, Grandpa’s custard on top. I am talking over 50 years ago and Grandpa’s custard is still a well-known, endearing family story so it must have made a big impression on a very young lad. I was probably 9 or 10 years old and I certainly remember being very impressed with Grandpa’s custard. It was so special I remember asking him almost every time how he made it. He always chuckled and insisted it was ‘just Bird’s custard’ but Mum made us Bird’s custard and hers never tasted as delicious as Grandpa’s. I can’t remember exactly now what it tasted like but I possibly remember toffee overtones. As Grandpa wouldn’t tell us his secret, which we needed to know so we could pressure Mum to make it this way too, we pressed Nana for his custard secret for many years until she also passed away but she always claimed not to know.

Cooking and food preparation in those days was basic and functional, of course, nothing ‘ponsy’, so there wouldn’t be much to the secret. I’m sure it indeed was Bird’s custard, simply made from the tin of custard powder, full cream milkman silver-top and tablespoons of granulated sugar. It certainly wouldn’t be made with free range egg yolks, cornflower and madagascan vanilla pods! He surely added something but if he did he never gave us nor Mum or Dad a clue. It was his secret, a device to make us plead with him to tell us over and over, maybe. A pity, because it would have been nice to have given Grandpa’s custard to our children. As a keen home cook myself I’ve experimented many times over the years trying to recreate Grandpa’s custard. I’ve caramelised the sugar before adding the milk and custard powder roux, I’ve melted shop-bought toffee pieces into the hot mix, I’ve tried adding other sweetshop flavours, all to no avail. We’ve considered that Grandpa would have been even less of a cook than Nana so maybe he made a fortunate mistake making his custard one Sunday, even from these three simple ingredients, and he simply kept the formula when it was greeted with such enthusiasm by his grandchildren. Maybe he burnt the sugar rather than caramelising it? Maybe he added something else that they usually kept in the pantry? We’ll never know. I think it’s a great pity. Grandpa’s custard remains a lovely lasting memory of them both and his secret. There’s no happy ending to this happy family story.