The new art of being photographed 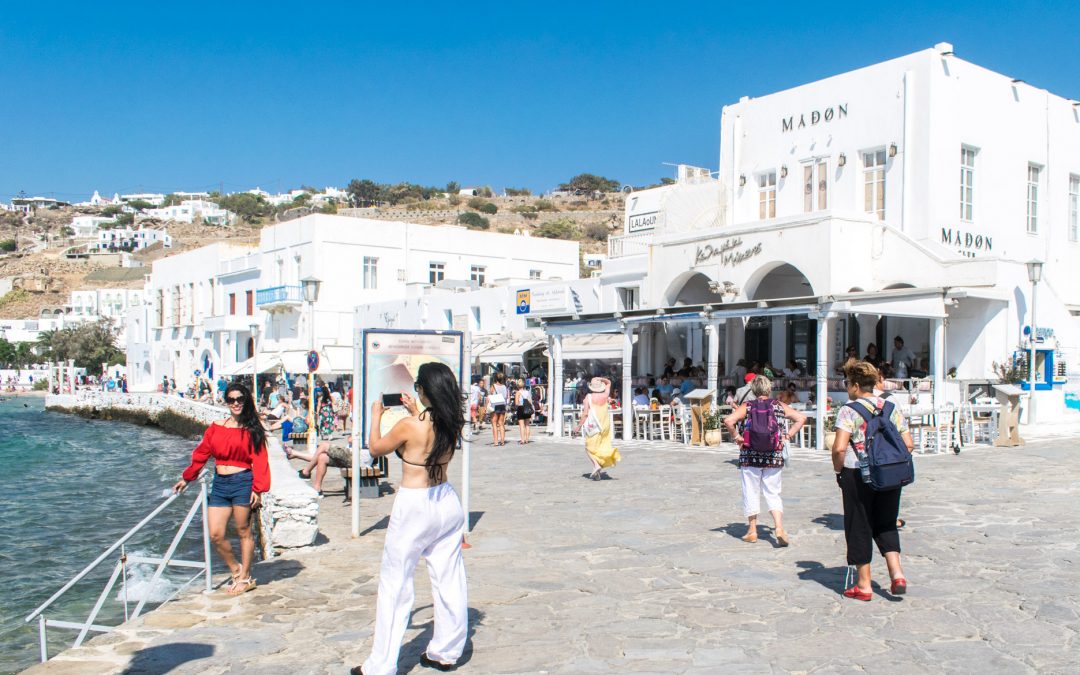 Some years’ ago you’d go out with family or friends with a camera and take a photo of the view or the cat or the children doing what children do. Sometimes you’d organise a group photo or you’d take a photo of Grandad playing with the kids. A couple weeks later you’d get your prints back, quickly look through them then very likely leave them in the envelope they arrived in, stacked in a cupboard with all the other BonusPrint envelopes full of photo prints.
Later you might take a nice shot of your children /girlfriend /husband /important-other when out for the day then print and mount the photo in a 10×8 frame to put on your office desk. You didn’t really need their photo on your desk, after all you only saw them all this morning and you’ll likely be sharing dinner with them tonight, if you get home in time, but it demonstrated to everyone that your primary life focus is these people, not work. I call all these ‘groups-of-people’ shots.
Much later, if you were visiting somewhere together then your friend would give you her camera and ask you to take her photo in front of the real subject of the picture, i.e. when showing photos of their travels, every single shot includes her/themselves blocking the view. “So this is me at the Grand Canyon, and this is me outside Buckingham Palace, this is us in front of Big Ben”, etc. I first noticed the Japanese and South Koreans doing this but soon everyone else wherever I went was doing it. I could never work out why there was a need for so many photos of yourself. Maybe it was just to prove you’d actually been to the places you said you’d been to and had not cloned a shot of the place from the Internet, there is no ubiquitous Facebook yet. I call these ‘me-in-front-of’ photos.
A little later still and the personal phone came along and now everyone takes and shares photos, and particularly ‘selfies’ using the phone’s front-facing camera at arms length to take a photo of themselves and whoever else is standing next to them, even a sizeable group. Fun, sociable, easily shareable through messaging apps, Facebook, etc. all normally me-in-front-of or groups-of-people photos.
Recently I’ve noticed having your photo taken is becoming much less ‘casual’. Nowadays, if you go out with your boyfriend/significant-other you know you’ll be photographed and the shot will immediately and automatically be uploaded and shared to your peer group and beyond, if not by you then by your boyfriend/girlfriend to their peer group which probably includes your peer group by now too. It’s in-the-moment, telling the world “We’re having a lovely/romantic day out together and here is Phoebe drinking a coffee outside the Louvre” whilst Phoebe’s still drinking her coffee.
Well over half the world’s population now carries a mobile or smartphone and a huge number of those people actively use it to record every aspect of their lives. So shouldn’t one be prepared for such photos and look your best? After all, who knows who might see this photo in the minutes, hours, days or weeks to come, a prospective employer, a new love interest or, even more importantly, my adoring online public? So dressing comfortably and casually for a trip out has started to change into being a little more stylishly dressed and always being made up, just needing a quick swish to freshen-up the lippy before I’m ready to be ‘taken’, as it were.
The pose the girl invariably takes is the standard one used by most professional photographers for women so it is very well-known and easy to replicate in casual photos. Shifting the weight to one foot the body is shaped into a stronger curve, the hips are offset, the waist looks more exaggerated, and the upper body is presented in a slightly turned position that emphasises the curvature of the bust. When a man poses he wants to be strong, fit and tall while oozing coolness, confidence and self-control. While posing women usually try to accentuate curves, even sometimes putting one hand on the hip, a posing man is about angles and power, the V, the swarthy jaw line, often cool casual, with one hand in the pocket to imply a V even if his bod doesn’t have one.

Even more recently I’m now beginning to see some people being even more prepared for a day out/being photographed. A striking accessory is important, e.g. a vivid red blouse or a large floppy hat, rather more cleavage than normal, a very impressive bicep tattoo, or even just a very bold lipstick colour, so although it seems to be a casual ‘take me as you find me’ shot it actually shows up more like a posed model shot if on a me-in-front-of photo or better yet, s/he really stands out in a group-of-people shot. This little extra preparation shows in each photo they appear in, its been thought about and she clearly stands out from her peer group because s/he looks more ‘ready’ than others for the seemingly casual photo sessions that she knew will happen that day, as it does nearly every day.
Finally, I’m now seeing the all-out staged and prepared model shots, particularly at iconic locations. 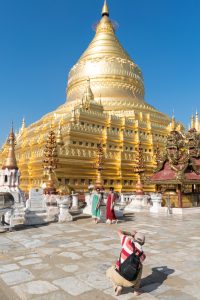 I’ve taken a few shots of these model shoots myself recently and will include one or two in this post, if I can. One example, of two girlfriends photographing each other, caught the attention of passers-by as one girl whipped off the red blouse she was wearing (she was wearing a bikini underneath) for her friend to wear for her fully-posed me-in-front-of portfolio shot.
You know it’s going to happen to you too so don’t forget to pimp yourself up before you go out to the shops today to be sure you stand out from the rest. You never know where it might lead. Excuse me now, I’m just off to get a bicep tattoo and that Mohican haircut I’ve always thought would suit me…
[Have you got any experience or even photos of ordinary folks putting their own Facebook portfolios together? Please leave a comment or drop us a line to let us and other readers know!]