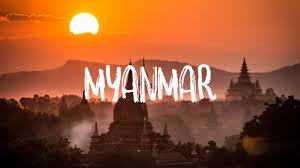 Myanmar, or Burma, if you prefer. What a country! This is, without any doubt, the most amazing, friendly and truly extraordinary country we have ever visited. Each day of our short tour of Myanmar / Burma shows us another almost unbelievable aspect of the country and it’s peoples. ……………… 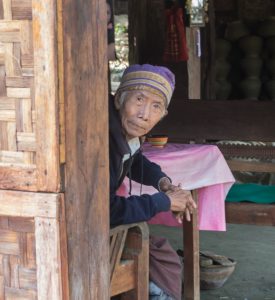 Burma this may be but don’t expect Rudyard Kipling-type prose in the next few paragraphs. But I do wish there was some better way than mine to convey a glimpse of our first days here.  Our initial impression was that Burma simply and amply demonstrates why we travel. It is truly, truly different from what we are used to in almost every aspect of life and making our tour even better is that we’re doing it with trained local guides at each location. We are staying comfortably each night, in hotels we can trust for the water and food they serve but we’ve still both suffered diarrhoea despite being scrupulously careful. Mandalay is almost a theme park old Asian city. Old Bagan (say “Bag-arn”) is on a par with Angkor Wat with many hundreds of thousand year-old pagodas poking through the rain trees. Our two-night Ayeyerwaddy river trip was one of the most remarkable cruises we could imagine and the various villages on and around Inle Lake are so unique we thought it must be a film set. Thousands of people live in bamboo houses on stilts on the water. They get around using long-tail teak boats and they employ fishing techniques that I’ve simply never seen anywhere else before. The local people seem to be as intrigued by us as we are of them. Myanmar is proving to be exactly the peaceful, gentle, beautiful and unique country we had hoped it to be. It’s been on our bucket list for many years and we’re so glad we’ve finally managed to come. At times it’s almost hard to take it all in. It’s also a photographers dream, of course. Point a camera in almost any direction at any time and there’s another remarkable shot. The danger for me is that I spend more time looking through a viewfinder than looking or listening to our guides but I always feel a picture brings back memories best and says more than a thousand words… so maybe I’ll just stop the postcard here, insert a few dozen photographs into a small album and expect they’ll do a much better job than I can to convey a flavour of this remarkable country…..  Well, maybe not. I should at least try. So with apologies to Kipling (and George Orwell, who also lived in Mandalay, we learn) here goes.

It’s probably a good idea if I put a few stakes in the sand before we start. The Economist describes Myanmar as ‘dirt poor’, just a rung or two off the bottom of the United Nations’ relative prosperity list and also at, or very nearly at, the top of the world corruption index. It’s an ex-British colony but it’s fortunes spiralled quickly downwards from being one of the richest and most prosperous Asian economies during colonial rule to one of the very poorest after the army took over. It’s part of the Golden Triangle so much of the worlds opium is grown here and without the army’s active or tacit support presumably it wouldn’t be. In 2011 Aung San Su Ky’s NRD party was overwhelmingly elected – but probably only as a front for continuing iron army control and to try to put an end to crippling world sanctions. Burma maintains a huge army but fights no wars. The country has really only been open to tourists since Su Ky supported responsible tourism just after she was elected. The UN claims genocide of the Rohinda Muslims in the north of this state of Rakhine and whilst observers and journalists are not allowed to travel there to see for themselves it’s probably true. This short Economist article is interesting:

…but so is one of the comments on it from Bluhorizons:
SU Ky is not the Prime Minister of Burma, she is a Member of Parliament. The party in power in the conflicted provinces are the opposition and the provinces are virulently anti-Muslim as is most of Burma. Indeed, while the world demands she renounce violence, her constituents demand she condone it. Su Ky is a politician. She can see only negatives speaking out and, my god, could actually lose the election if she did!
In reality the Army is still in control since they occupy many non-elected seats in Parliament. they answer to no-one. They will not listen to Su Ky.
Su Ky did not endure decades of arrest for you, the Nobel committee or the world. She did it for her own country so that one day the might have democracy. Her life went by in detention. Her husband died alone. Who amongst you dares to criticize her and what have you done for your own country that in any remote way matches what Su Ky did for hers?

So this is a very complex country with a lot of recent history contributing to the current situation, not least, I suggest, the British dismantling of the country’s monarchy whilst they were here then just walking away in 1948 without putting compensating structures in place. I know this is supposed to be a postcard and not a politics essay but we hope you understand that having fallen totally in love with this country it’s not surprising we’ve spent a little time here trying to understand it. I’m certain of one thing and that’s Bob Geldof missed a golden opportunity to help a Nobel Peace Prize winner and fellow Freeman of the city of Dublin recently. Another thing’s for sure too, the average Burmese is neither involved nor properly aware nor can do a thing about it.

We can vouch for the fact that your average family is desperately poor. Our Ayeyerwaddy guide, Brown, took us to visit a riverside village that specialises in making clay pots which they sell at markets up and down the river. He asked a lady whose bamboo house we visited to show us her kitchen. Sensibly separated from the main wooden house it comprised a few corrugated iron and plastic sheets tied to bamboo poles, under which she cooked for her family of six using a shallow wok over a small wood fire. Nearby was a small motorcycle battery connected to a low wattage lamp by a short flex. After the sun sets around 5.30 it’s completely dark by 6pm unless there’s a moon. This lady cooks what she bought in the local market earlier that day, a meat curry with vegetables, using that meagre light. Their water buffalo is munching feed in their compound so this family are not quite as poor as some. Electricity is arriving ‘in a few months’ and the villagers have already cut down the trees on the ‘main’ dirt road in readiness for the new electricity poles. 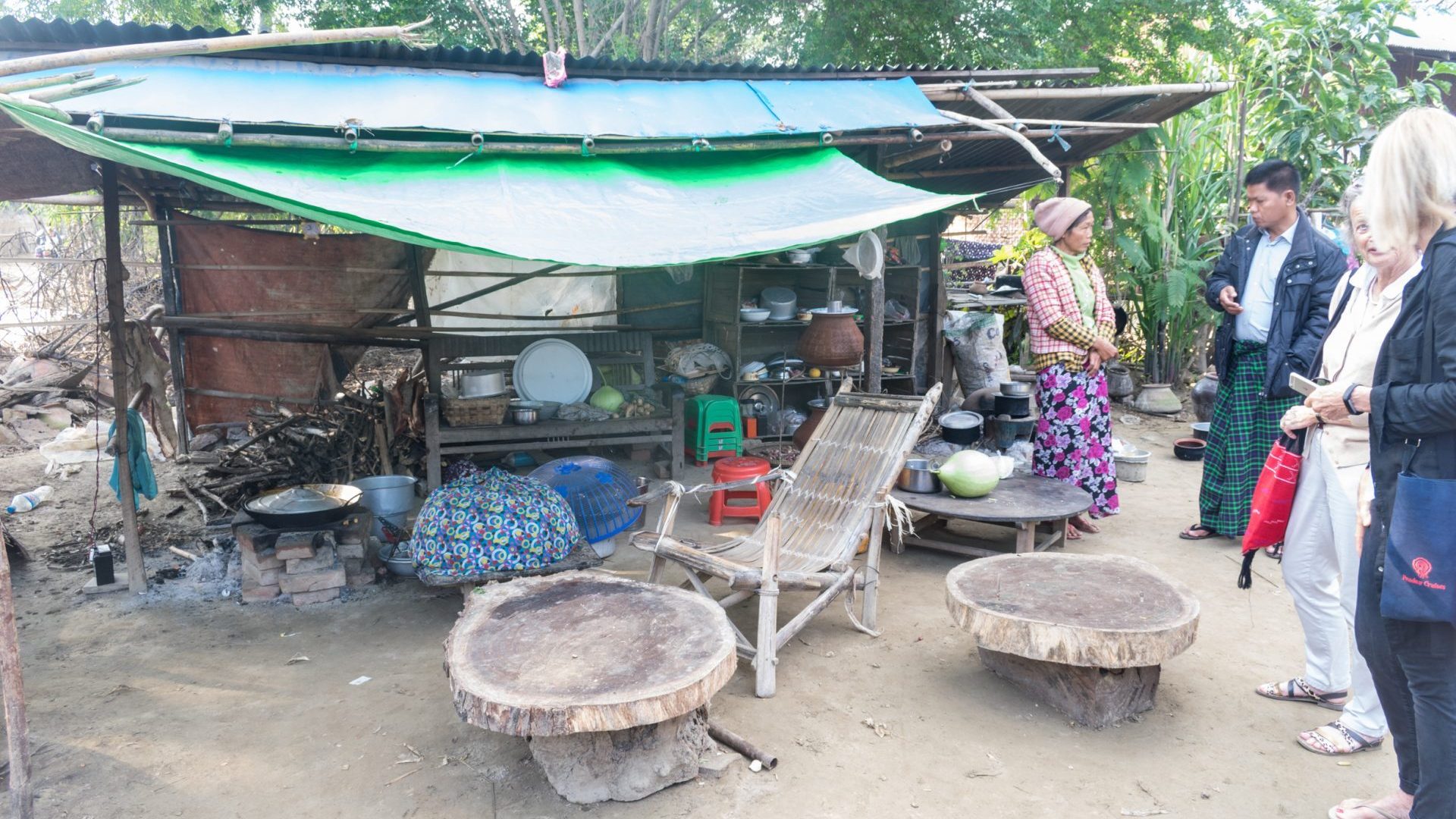 Whilst the electricity supply, if it is indeed ‘supplied’ to your village, isn’t stable the markets are teeming with smiling, happy people and each stall groans with locally-grown, caught or made products, many of which we wouldn’t know whether to eat, rub it in our hair or sit on it without advice from our guide. Despite all the above, and probably because of their deep Buddhist faith, everyone we have met, without exception, seems mostly content, happy with their lot and pleased the country is starting to open up. This rubs off on your corespondents where we have consistently enjoyed a smiling, warm welcome, a fascination of our white skin and a general delight that we’ve come to visit. 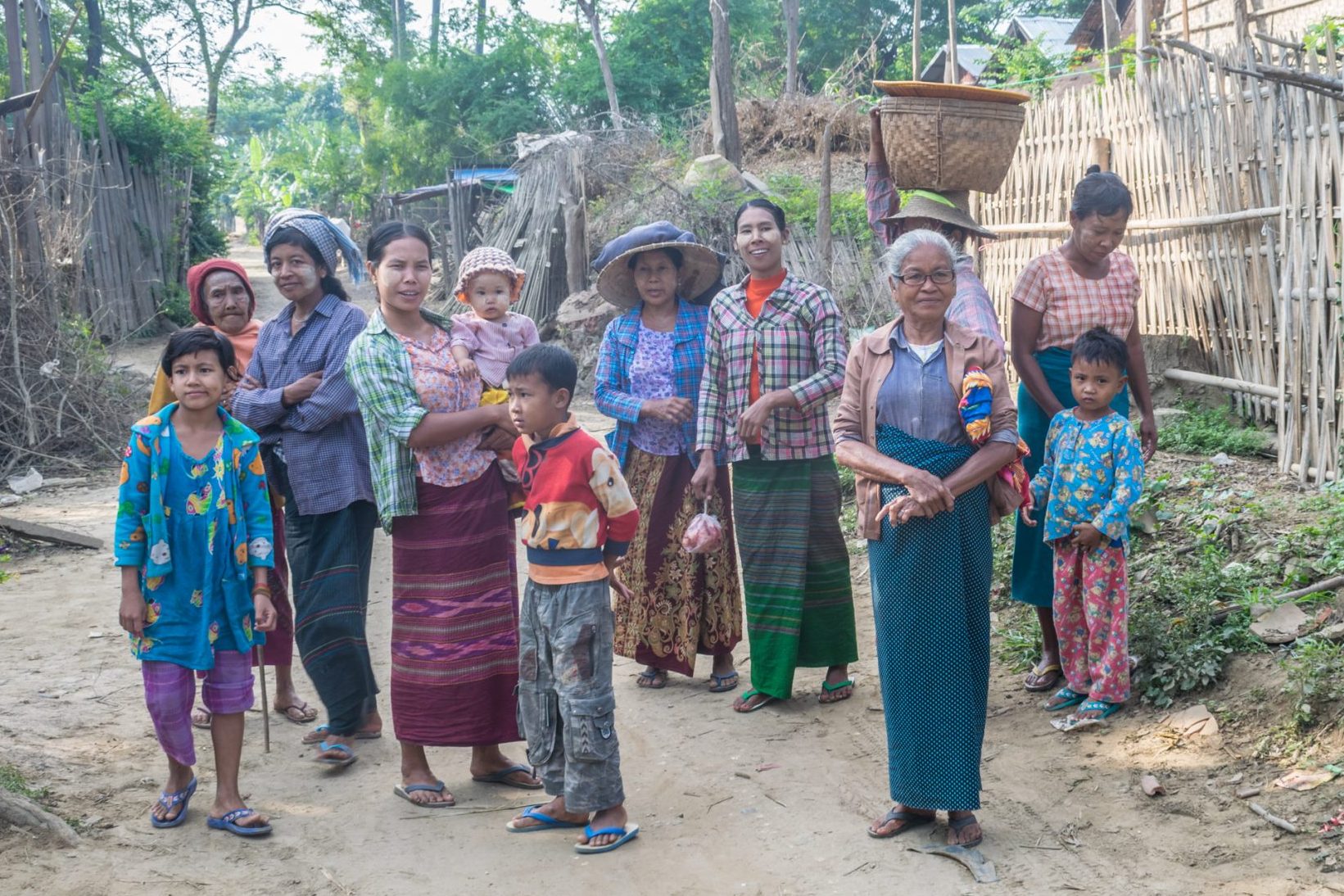 We’ve visited a number of markets as part of our itinerary and have loved each one. Where a few years’ ago there would have been bicycles everywhere now there are Chinese-made motorbikes. The stalls are busy, many laid on plastic hessian sheeting or banana leaves laid on the ground. People meet and chat, share tea and of course, shop for the day’s provisions because almost no one has a refrigerator so the ladies, mainly, come to the market every day. Many times Paula has been touched on the arm by locals who’ve not seen a white woman before. The atmosphere is relaxed, polite, noisy and friendly, no shouting or hard-sell, no beggars, everyone wears a colourful national loggi dress, men and women. There are few children because they are in school, and it’s been warm sunny Winter weather this last week. It’s a comfortable 28 degrees during the day right now but it gets to an unbearable 45 degrees in summer, to be managed without an ice cube or an electric fan, let alone an air conditioner, of course. Our guides meet us each morning dressed in puffy jackets, woolly hats and shawls because the mornings, at about 16 degrees, are ‘freezing’.
I’ll end this postcard with one of the stories we were told by Ko Ko, our Bagan guide. He told us he was born in 1987. Exactly when in 1987 he doesn’t know because his parents didn’t use a calendar but from what his mother remembers of the weather when he was born they agreed it was likely January. So give or take, much the same age as Natalie. They lived in Old Bagan, amongst the historic temples and pagodas as they had done for generations. But when Ko Ko was three years old the army declared they were to move to a new area outside the historic area that they imaginatively called New Bagan. Now this wasn’t a planned move to pre-built new accommodation like the Chinese did to the thousands of people affected by the Three Gorges dam project a few years ago. Oh no, his family were simply allocated a small area of land and told to start again. If people didn’t move the army shot at them. He told us this was a tough time for his family, made more difficult because the timing coincided with the rainy season and many people were killed or injured by snakes fleeing the rising water in New Bagan. Ko Ko couldn’t understand my point that an army is normally there to protect its people, not to fire on them, and it doesn’t take a great deal of imagination to believe what they might now be doing to the Rohingyas.