From ‘alternative facts’ to rewriting history in Trump’s White House 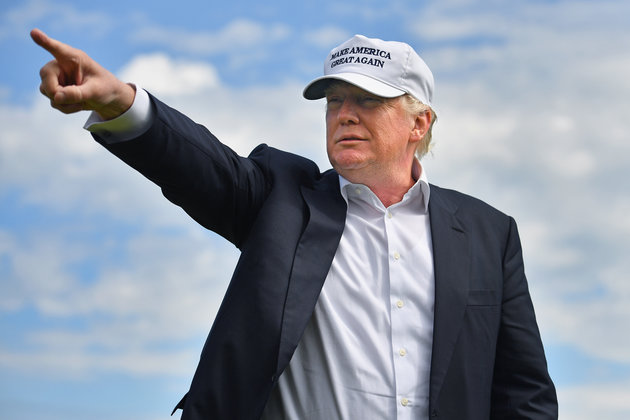 The US is a foreign country and just because they speak English it doesn’t mean they’re exactly like us. I have travelled, worked with and played with people from many different cultures all over the world but the people I often found the most difficult to understand are the Americans. Jon Sopel is the BBC’s North American editor and his recent book, ‘If Only They Didn’t Speak English”, has essentially the same premise and, from his enviable position as a foreign correspondent in Washington, he explains many of our cultural differences, focussing on Americans’ love affair with guns and religion, their distrust of big government, tradition of individualism, struggles over race, and more. These themes are reflected in recent politics and Sopel shows how they translated into support for Trump and his uncompromising agenda. It’s an illuminating good easy read and I did in almost one sitting. “You see, if only they didn’t speak English in America, then we’d treat it as a foreign country – and probably understand it a lot better”.

Sir Peter Westmacott, Former British Ambassador to the United States, wrote this about Sopel’s book: A wonderfully readable, perceptive account of what America looks like today through the eyes of a seasoned, informed but ultimately sympathetic observer. He addresses head-on such difficult questions as why it is America’s most God-fearing opponents of abortion who are also the most passionate supporters of the gun lobby and the death penalty. He reminds us that President Trump’s “America First” policy is nothing new – but that America made an invaluable contribution to Western Europe’s defence of its liberty in two world wars. And he describes graphically how US Presidential politics became Reality TV in 2016, leaving us, rightly, with a deep sense of unease about the way fake facts and bare-faced lies, often encouraged by enemies of democracy abroad, now pose a real threat to the survival of our values and institutions.

I also like how Sopel writes. His very easy-to-read, chummy prose is explaining rather than judging, humourous but also enlightening. I don’t think I learned much about America or Americans that I didn’t already know but the way Sopel marshals and articulates his explanations of our differences was satisfying for me and when I had finished the book I felt a little more aware, that I had a better understanding of why I feel as I do. Our common language makes it harder for people to understand how foreign America actually is. We visit their theme parks, follow their fashions, watch their films and TV and eat their food, all of which makes us believe they are just like us. The book sets out the ways Americans are different, from their partisan media diet to their perpetual, energetic, flag-waving patriotism. It also made me understand Trump himself a little better and hearing how he articulates so laughably poorly on the world stage but communicates (to his supporters, at least) so incredibly well.

Sopel was among the reporters called to the White House to be condemned by Press Secretary Sean Spicer for saying that the crowds on inauguration day were not the largest ever. Sopel thought about his choice of words, checked with his colleague, the bureau chief, and did a piece to camera saying Spicer’s claim was “demonstrably untrue”. “If Trump says that three million people voted illegally or that Barack Obama has wiretapped Trump Tower or that he had the biggest crowd on inauguration day that anyone has ever had, I think we must point out: That’s not right…”.

Finally, then, to the point of my post, highlighting a Jon Sopel blog post that caught my eye, “From ‘alternative facts’ to rewriting history in Trump’s White House”. Trump says that ‘what you’re seeing and what you’re hearing is not what’s happening’. Paper-thin-skinned Trump only likes news and comment that is complimentary to him otherwise he labels it ‘false news’. Sopel says, “Words matter…when you’re in government you’re firing with live ammunition.” Nothing demonstrated this more than the surreal press conference by Trump and President Putin after which Trump had to call another press conference to “clarify” some of the comments he made, (which, he said, he thought would have been obvious), that he ‘mis-spoke’ one word at the Moscow press conference, but it was the one that made all the difference to what he actually said, (when he implied he believed Putin rather than his own Intelligence people), and he needed to read from a written script to ensure he explained it correctly.

Trump is taking things about the sometimes critical US media too far, in my humble opinion, labelling journalists ‘enemies of the people’. There are too many blinkered Americans who are prepared to listen to and believe only what Trump says. One of the roles of a journalist is to hold politicians to account, especially those that sneer and use lies and falsehoods as Trump does. To say politics is different now is an understatement. We’re becoming used to the ‘new normal’ Trump approach to politics and I want people like Jon Sopel and the BBC to tell me what’s happening without (necessarily) being part of the news themselves. Along the same lines then, click on the link below to read the recent Jon Sopel post that caught my eye.