Coffee News from the Antipodes 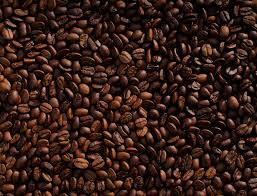 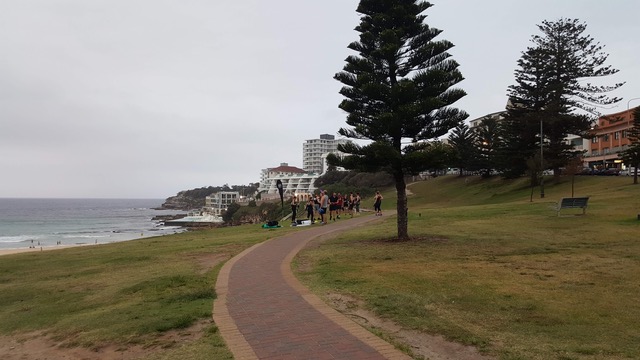 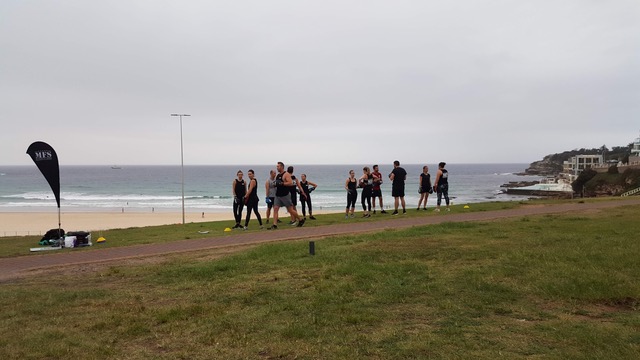 .
Three mornings a week, Leah, Colin and Laura attend a ‘Boot Camp’ exercise class on the green above the beach. Run by a Navy PE instructor it’s a tough 45 minute workout I can personally vouch for from my vantage point at Leah’s apartment window, mug of tea in hand, watching them box, run, squat and stretch. Just after 6.30am I wander down and sit on a nearby bench to watch the sunrise and provide them important moral support in their final workout minutes and warm-down. They’re certainly very sweaty, Betty, when they finish and we all walk over the road to their favourite coffee shop afterwards. This morning, though, as you can see from the photos, was quite dull. No usual beautiful sunrise over the ocean to watch and photograph and I might even have felt a drop or two of rain whilst sitting on my bench. It was still 23 degrees at 6.30, though, so very comfortable, and forecast to get to 27 later. Unlike Adelaide where, it was reported yesterday, daytime temperatures are set to get to a record-breaking 47 degrees this week with nighttime temps only cooling to the low 30s, which the Sydney Morning Herald described as ‘brutal’ and ‘dangerous’. These are Middle East temperatures and not reasonable in normally temperate South Australia. I just don’t know how one copes in such temperatures without aircon. Anyhow, we’re all right, Jack, and our coffees, as usual, were quite delicious. Each of us has a different order. There’s a piccolo with honey, a long black to go, a flat white to go and a large skinny flat white. It’s a whole new terminology to learn.
I may have written about the Sydney coffee scene on our last visit but that won’t stop me writing about it again this time. It’s very hard not to get a wonderful coffee in Sydney, it seems to me. On almost every street corner there’s a cafe, open very early in the morning but which close mid afternoon and from which comes a unique and quite delicious morning drink that by all accounts isn’t going to kill you anytime soon and doesn’t even seem bad for you, albeit in moderation, of course. Baristas here are trained well. Many are accredited. And all these small, family-owned businesses provide powerful competition to the multinational coffee companies. There are apparently only 24 Starbucks-branded stores in the whole of Eastern Australia, and that’s a big, no, very big, area. I’m sure there’s about the same number within a ten minute walk of any point in London or New York. And those 24 stores are not even owned by the Seattle chain any more as they recently sold them, at a loss, to the company that runs Australia’s 7-Eleven chain. You can tell there’s a good barista within a cafe by the number of people sipping at the pavement seating.
.
“The coffee scene in Australia is different from that found in many other countries,” says Julia Illera, who tracks Australia and New Zealand markets for Euromonitor International. “Australians expect their coffees to be made by specially trained baristas, not just anyone pressing a button on the coffee machine.”
.
The nation was also an early adopter of premium coffee, Illera said. Organic, fair-trade, sustainable, single-source, carbon-neutral and micro-roasted artisanal products are included in the world-topping 1.3 kilograms (2.9 pounds) of fresh beans consumed per person in Australia each year.
.
The long black we ordered is a double shot of espresso poured over hot water. Similar to an Americano, a long black is made by adding the hot water before the espresso shot, not after. The theory behind adding the espresso shot to the hot water as opposed to the other way around is that this method helps to retain the layer of foam found on the surface of the espresso, also known as the crema. A goldish-tan color, the crema is an indicator of the quality of the espresso. Long blacks are commonly found in Australia, New Zealand and Brazil, and are slowly starting to become common in the UK.
.
My current favourite breakfast-time Aussie coffee is the ‘flat white’, invented in Australia in the 1980s, although NZ argues it was invented there. A flat white is made with a double shot of espresso with microfoam (steamed milk with small, fine bubbles and a glossy or velvety consistency). It is comparable to a latte, but smaller in volume and with less microfoam, therefore having a higher proportion of coffee to milk, and milk that is more velvety in consistency – allowing the espresso to dominate the flavour, while being supported by the milk.
Wikipedia says that “A flat white is generally served in a ceramic cup with saucer. Milk is frothed as it would be for a latte but held back to around 20 mm/1 inch of microfoam, creating a meniscus. Key to the beverage is the crema being coaxed into the meniscus resulting in a uniform dark brown colour across the top of the beverage. Allowing the beverage to stand before drinking enhances the experience as the meniscus thickens and adds texture to each sip, resulting in distinct sip rings/tide marks as the beverage is consumed.

According to a survey of industry commentators, a flat white has several defining characteristics, chief among which is a thin layer of velvety microfoam (hence the ‘flat’ in flat white), as opposed to the significantly thicker layer of foam in a traditional cappuccino.”

I hope you’re following all this….

A piccolo latte is a ristretto shot (15 – 20 ml) topped with warm, silky milk served in a 100ml glass demitasse (small latte glass) … basically, a baby latte, as the Italian pronunciation suggests. Coffee roasters and café owners took up this little favourite because when you are in the industry, it is hard to drink full size milk coffees all day. Having these little caffeinated milk shots lets you taste your fresh roasted coffee with milk, without the bloated feeling.

By now I expect you’re wondering what the difference is between a latte and a flat white. Well, I’m glad you asked because it shows you’re concentrating. There are some very different opinions about this ranging from the amount of milk involved to the thickness of the crema to the temperature of the final drink. To the trained barista I’m sure there are very distinct differences between the two but for the average non-expert it can be hard to pinpoint. Without getting too technical just keep in mind that when ordering to have in-house, a latte will generally be served in a larger glass than a flat white; however, this really depends on the coffee shop and may not always be the case. If the latte glass is larger, you’ll have a milkier drink with a larger layer of foam on top. Keep in mind that as a takeaway drink, a flat white and a latte will often be identical.

Similar to the flat white and latte, of course, is the cappuccino, set apart by the use of frothier milk and usually served with some chocolate sprinkled on top. 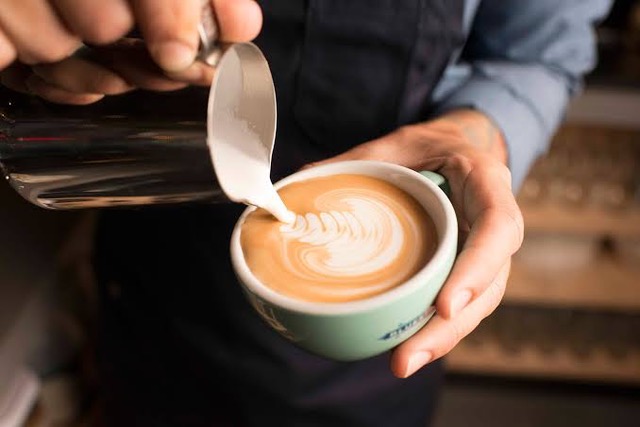 In Australia, a café will probably not last long if the baristas don’t know how to make latte art. The common belief is that it only makes the coffee look pretty but it actually reflects the taste of the coffee. If the milk isn’t perfectly frothed it’s impossible to do any kind of latte art, it is quite possibly either burnt or not smooth, shiny and silky and/or it’s going to ruin the perfect espresso experience. 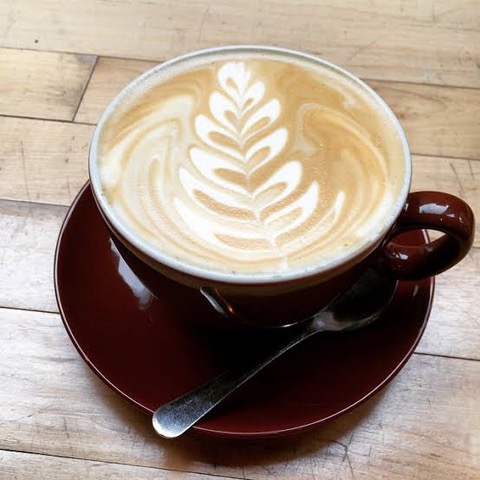 “The great new coffee bores of the world,” was how the late British restaurant critic of The Times, AA Gill, once described Australians, more usually characterised as pie-eating, Fosters-swilling, Outback bushmen. There’s no documentation of indigenous Australians consuming coffee before colonisation and the British convicts who were first transported to the Australian colonies in 1788 had tea shipped along with them, not coffee. Espresso culture in Australia grew from cafés owned by Greek and Italian migrants, from small beginnings in the post-war immigration boom of the 1950s and 60s to the nationwide obsession that’s part of the cultural fabric of the country today. 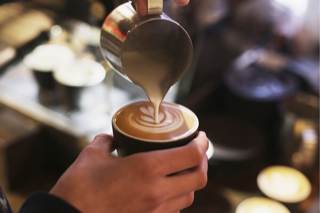 When you walk into many cafes the barista will be able to tell you where your coffee was grown, who produced it, and what variety it is. You will often be offered coffee brewed as filter as well as espresso. The menu will showcase coffees that are in season and specialty grade, and the labels on retail bags of beans will tell you when it was harvested and roasted.

Ben Bicknell, a coffee educator and strategic projects manager for the Five Senses group, says that while the scene is diverse, there’s also an Australian style of café as well as an Australian style of coffee. “For starters, they’re predominantly focused on espresso-based coffees (rather than the default filter coffee throughout much of the rest of the world) and tend towards a lighter roast style than in many parts of the USA or Europe.

Attention to design and detail are a common theme, adds Fleur Studd. “There will, of course, typically be a flat white on the menu, and maybe some smashed avocado on toast. As a nation, we do the breakfast/brunch-and-great-coffee combo really well, and it’s not unusual to have to queue at your favourite café to get a seat. Historically, espresso-based beverages have dominated but, more recently, filter coffee has become a fixture on the menu (and a customer favourite) in most specialty coffee shops.”

And Australia, argues Dion Cohen, director of Sydney café and roaster Single O, is an innovator in the café world. “Especially in the espresso arena, where we’ve paved the way with sweet intense espresso paired with finely textured milk.” It’s a place, he says, where coffee is largely savoured without additives such as caramel and other flavourings, where a person can earn a living wage as a barista, and where the competition is fierce enough to keep being a driver of quality and a mother of invention.

I tend to agree.